In the video and guide below, I am going to teach you how to swear in French.

As Steven Pinker explains in his book, The Stuff of Thought, swearing can be used in many ways: descriptively - “Let’s fuck”; abusively - “Fuck you!”; idiomatically - “It’s fucked up”; cathartically - “Fuck!!!”; and emphatically - “This is fucking amazing!”.

And the French love to use any opportunity to swear.

My students are often surprised when watching French TV to hear so many swear words. This may be because, unlike in many other countries, in France many TV channels don’t censor obscene words.

As you can imagine, some French swear words and their translations are extremely vulgar. So a warning: this post is not for kids.🔞

To start learning, you can watch the video, or skip to the contents table below it if you prefer to read and go more in-depth.

Want to go beyond swear words and learn to speak French politely and with confidence? Check out the videos and reviews of the available French teachers on LanguaTalk. Then book a free 30-minute trial session.

This guide to French swearing is split into two sections: French swear words, and French swear phrases. For each, I’ll tell you the meaning and give a vulgarity rating. I’ll also give examples as well as provide some background and the literal meanings.

Be careful, “mince” can also be an adjective that means “slim, slender, thin” but when used as an interjection usually at the beginning of sentences, it shows surprise or disappointment, like in the English equivalent “damn”.

Even though its literal meaning is “prostitute”, today “putain” is without a doubt the most used French swear word and is used like English speakers use the F word. You can use it in almost every situation!

Want to become fluent in French? Check out our talented online tutors here.

Although this word is not as popular as “putain” among the French, still it’s very widely used both literally and figuratively as an exclamation and as part of a phrase. If you want to sound more like a Frenchie you can even combine both and say “putain de merde!”

You may know that “sa mère” literally means “his/her mother”. However, when used as slang this becomes the interjection “fuck”, “fucking” or “motherfucker”. In fact, it comes from the phrase “nique sa mère” (motherfucker, literally: fuck his/her mother) which is very, very vulgar.

However, when shortened just to “sa mère” it becomes a bit more acceptable. And, if you’re into French movies now you know the meaning of the film “Neuilly sa mère!” (PS: Neuilly is the posh end of Paris)

The meaning of this word varies depending on the context. “Con” can be a vulgar way of referring to the female reproductive organ. However, today it’s mainly used to say “idiot”, “jerk”, “asshole” etc. If referring to a lady, you’d need the feminine form: “conne”. However, if you say “C’est con…” it means: “it’s dumb/unpleasant” and it’s generally acceptable.

This one is one of my favorite French swear words. It’s a portmanteau of con and the common French last name Dupont (the equivalent of Smith in English). This is something you can yell at a man who is acting like an idiot. The equivalent in English would be something like “asshole” and “dickhead”. Very handy to know as there are lots of situations where it tends to be used, like in the street, in a traffic jam, in a football game etc.

These are related to con/conne but are more obscene and much harsher. This is common on busy roads or when someone’s parking spot is stolen! Connasse is the feminine version.

Example: Mais c’est qui ce connard? Pour qui se prend-il?! (Who is this motherfucker? Who does he think he is!)

Though a feminine version of this French swear word exists (“enculée”), I’ve actually never heard it used. It seems to be an insult mostly reserved for men. And if you wonder about its literal meaning...it’s the past participle of the verb “enculer”: to do someone up the bum.

Example: https://www.youtube.com/watch?v=ERR6b_SmIOs used here as “quel enculé!” (what an asshole). A French gamer *accidentally* insults the president and apologises immediately!

Let’s take a break from very vulgar words. “Bordel” is slang for “brothel”. However, today when used as an interjection it means “a mess”.

This one you could have guessed:“bâtard” or “bâtarde” for feminine, means “bastard”. The ‘d’ in the masculine form is silent, whereas you need to pronounce it for the feminine form.

Originally, this French swear word meant “soiled with excrement” (what a romantic language!). However, gradually it lost this meaning and now it’s mostly used to say “bastard”, “imbecile” or to call someone dishonest.

The spelling of this word varies between “poufiasse” or “pouffiasse” and even other forms like “pouffe”. It usually means a slut, or a vulgar or ridiculous woman.

Example: Cette poufiasse, l’a agressé sans raison. (this slut, she attacked him for no reason.)

Pute or pétasse mean a bitch or a whore. But there’s also the common phrase “faire sa pute” (literally: to be a whore) which means to be selfish. Most of the time it is used in a negative sentence like “allez, fais pas ta pute!” (come on, don’t be selfish).

Pro tip: If you want to lessen the vulgarity a tad you can always use the verlanized form. Verlan is where we switch syllables in order to make it slangy. In this case, you’d hear it as “te-pu” (teuh-pwu). Similarly, pétasse would become “tasse-pé”.

A vulgar word for the body part, not for a person who acts like an asshole (for that, see many of the other words on this list!). It is very common to use the verlan form for this word as well; “teub”.

Another vulgar word but this time for the feminine body part. Note that normally “chatte” means a female cat. So it easily gets awkward when you talk about cats. Keep this in mind and don’t be surprised if you see people smirking.

Example: Sa jupe était tellement courte qu’on voyait sa chatte (her skirt was so short, you could see her pussy)

You can use this word for a highly annoying person or situation. It comes from the verb “chier” (vulgar way to say “to shit”). Don’t forget to pronounce the T at the end for the feminine form.

Example: J’ai passé le weekend avec lui, il était trop chiant! (I spent the weekend with him, he was so annoying!)

The exact French equivalent of “fuck” or “screw”. It can either mean “to have sex” or “to swindle” someone. However, I believe “niquer” is much more vulgar than its English equivalent. So be careful when using it!

Example: Of course, I had to share this cult scene from a sketch where the comedians play kids who rehearse a play about the French revolution. He’s about to behead the King and says the French national motto “Liberté, égalité, fraternité”, but changes “fraternité” to “va te faire niquer” (fuck you)  liberté, égalité...

Here’s another synonym for “niquer” (to have sex or to screw). I’d say that it’s a bit less vulgar than the previous one. Note that the word can also be used as a noun - “un baiser”, meaning a kiss.

Example: S’il a payé ce prix-là, il s’est fait baiser! (if that’s the price he paid, he’s been screwed over)

Meaning: get out!, fuck off!

This interjection comes from the verb “dégager”, which means to remove, or to pull something or somebody out. As a swear word, “dégage!” can mean “get out! or “fuck off!”. But it really depends on the way the person uses it. It’ll never be polite to use it but it can range from “move!” to “fuck off” so it really depends on how angry and frustrated the person is.

A real son of a bitch. Salaud is the masculine noun, whilst the feminine is salope.

Now we’ve covered all the most common individual French swear words, here are some French swear phrases that can be very useful to know as well...

Meaning: shut up / shut the fuck up

Swear words should be reserved for occasional use. Learn to speak French like a polite, well-mannered person with a native tutor. You can view tutors' videos, read their reviews and book a 30-minute trial session here.

It is mostly combined with other phrases like “nique ta race” which literally means fuck your race but it can also be the equivalent of fuck off.

Another way to say “fuck off”. This expression comes from gypsies and has become very popular.

Literal meaning: Son of a dog

Meaning: Son of a bitch

Literal meaning: son of a bitch/whore

Meaning: son of a bitch

Literal meaning: To break the balls

Meaning: Annoy the hell out of somebody

Literal meaning: To go in balls

Meaning: To turn to shit

Meaning: Pain in the ass

Meaning: to not care / to not giving a single fuck

This is impossible to translate literally. Both verbs are reflexive. You’d say for example “je m’en fiche” or “je m’en fous”. The latter is more vulgar.

Literal meaning: To beat your balls with it

Meaning: To not give a fuck

As it’s a reflexive verb you can for example use it as “je m’en bats les couilles”.

Literal meaning: To make somebody shit

You can say “tu me fais chier” to say you annoy me or use it as “fait chier!” as an interjection that means “shit”.

This is an adjectival phrase. You can use it like in “ce film est à chier” (this movie is shitty/ this is a shitty movie)

Et voilà! I hope you’ve found this guide both entertaining and insightful. If you’re interested in improving your French language skills outside of learning all the French swear words, you might want to consider taking 1-on-1, online lessons. You can book a trial session with me via my profile page, or check the videos, reviews and pricing of other tutors here. 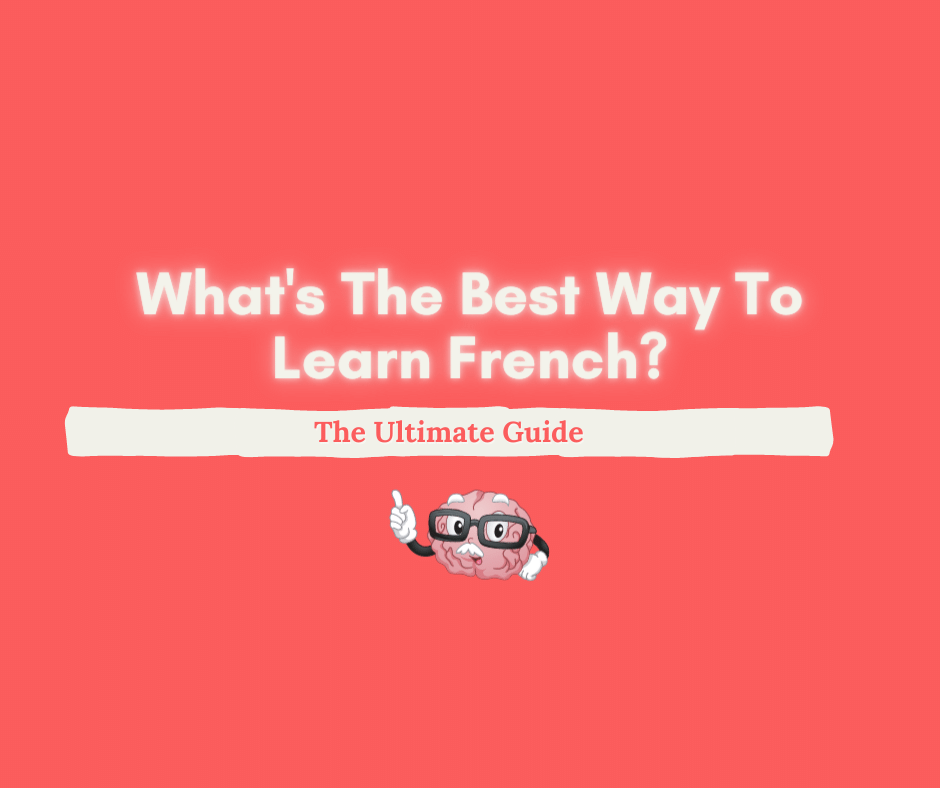 What's The Best Way to Learn French in 2022? The Ultimate Guide 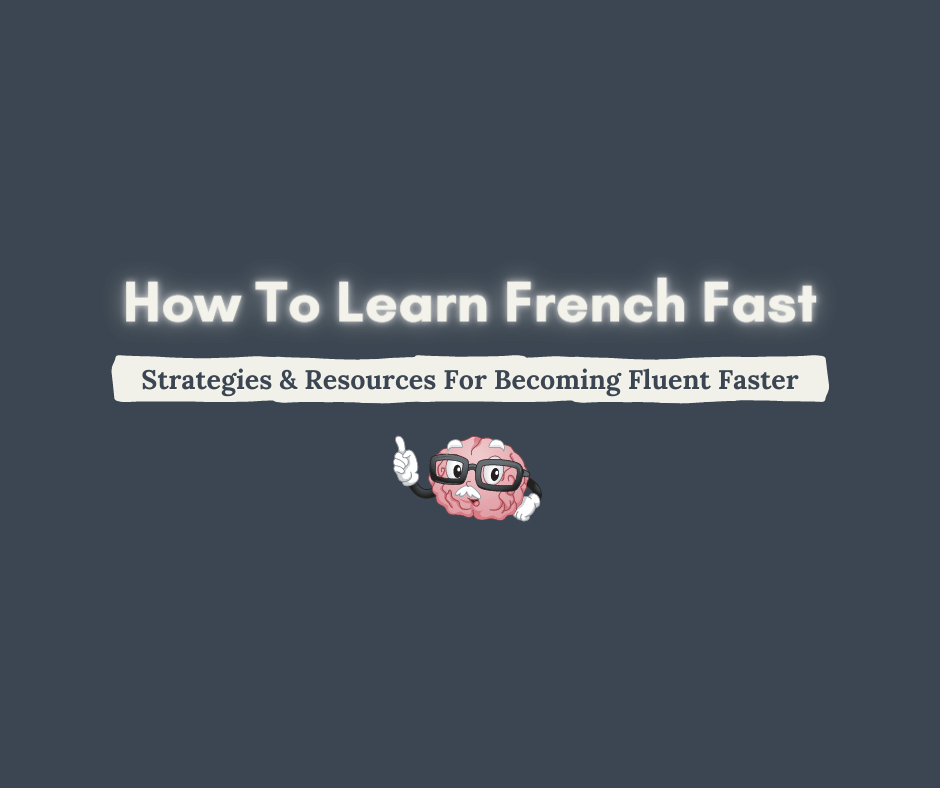 How to learn French fast